When should a child begin formal schooling in New Zealand? 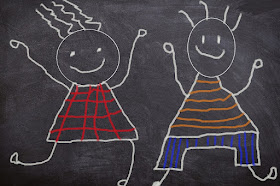 Currently New Zealand's education system is going through its biggest shake up in nearly thirty years.  It currently feels like every day we are having new revelations come out of Minister Hekia Parata's office to see how much higher she can push an education professional's blood pressure and heart rate!

Earlier this year Ms Parata raised the possibility of more "flexibility" with the age of starting school to give parent more "choice" and allow schools to set "expectations" for their community.  This may mean the following could happen:
At the website for the Education (Update) Amendment Bill I found the following:

Currently, most children start school on their fifth birthday or soon after. Some schools are encouraging parents to start their children at school as part of a cohort on set dates during the year.
Under the current Act, however, schools must allow any child who has turned five to start school on the day requested by their parents.
The Education (Update) Amendment Bill (the Bill) proposes to enable schools to implement a cohort entry policy whereby new entrants could only start school at the beginning of each term. The earliest that children would be able to start school is at the beginning of the term closest to their fifth birthday.
Before introducing a cohort entry policy, school boards of trustees would be required to consult with school staff, parents of current and prospective students of the school, and local early childhood education services.

The website then goes onto explaining the details more:

When will these changes take effect?

The Bill is expected to come into force in 2017.


Who will these changes affect?

These changes will affect schools with Year 1 students, children starting school and their parents and whānau, and early childhood education services.


What are the benefits of cohort entry?


When will children be able to enrol in a school with cohort entry?


How will parents know which schools have cohort entry policies?

Schools will be required to publicise their cohort entry policy at least a term before implementing it. This could be done through their website, for example. Parents will also be able to find out whether a school has a cohort entry policy or not using the “Find a School” function on www.educationcounts.govt.nz


Will this change affect the compulsory age for schooling?

No. Parents will continue to have the option of not starting their child in school until their sixth birthday, irrespective of whether or not the school they enrol in has a cohort entry policy.


If a child is unable to enrol in school until after their fifth birthday, will they still be eligible for ECE subsidies?

Yes. Any Ministry of Education ECE subsidies, including 20 Hours Free, are currently available up until a child turns six or enrols in school. The Ministry of Social Development will be making changes to the childcare assistance regulations to ensure that children who are not able to start school until after their fifth birthday will continue to be eligible for the childcare subsidy.


If a child enrols in school before their fifth birthday, will they be eligible for the OSCAR subsidy?

Yes. The Ministry of Social Development will be making changes to the childcare assistance regulations to ensure that children starting school before their fifth birthday will be eligible to receive the OSCAR subsidy.

Naturally this topic encourages a great debate.  There are a number of concerned parties:  children, parents, new entrant teachers, principals and early childhood educators.  Let's look at how this impacts on all of these groups and various views they may have.

Children
Every child knows that they can start school on their 5th birthday.  It has been a long established custom in New Zealand to do so, and children will look at other children whose birthdays fall in the school holidays with pity.

Last year my nephew turned five and began school the day after his birthday (he wanted to have his cake with his day care mates on his birthday), and he was very excited.  In the tradition of my family, my mother went to see him off to school as his Nana.  This is a tradition as my great grandmother saw my mother and myself off to school when we turned five.

So changes to when a child starts school may dampen the excitement of the ritual and anticipation of beginning school for children if this is changed.

The change in the culture of when children begin school will have to happen for children and their parents if changes are made.

First there is the knowledge that they and their child have achieved the milestone of starting school.

There is the ritual of the fifth birthday and the giving of a new school bag, lunch box, drink bottle and pencil case loaded with goodies to help them learn (or lose on the first day of school).

The anxiety of taking them to school and leaving them there... the amount of parents who cry themselves back to their car and home/to work usually outnumber the tears of the child!

And then there is the joy in no longer forking out for day care fees (my brother's biggest joy when his son started school) for working parents.

Any change to the starting age/time of a child being a new entrant to school will affect parents.  It either means they may end up with their child at home or in day care for longer, or it may mean they are required to start their child at school earlier than the established New Zealand custom.  Many will feel the need to "keep up with the Jones'" so they can "give their child a head start" by starting their child as a new entrant before they turn five, so this needs to be carefully considered and will require parents to be educated about the options that will be open to them if changes arise.

New Entrant Teachers
The debate about when it is best for children to start their school journey is long established in the world of a new entrant teacher.  Some enjoy and celebrate new ones joining them as and when they have their fifth birthdays, other lament the disruption of settling in a new child every few weeks and having to start all over again.

New entrant teachers will roll with what happens, but their main concern is that the child has had a practical amount of pre-school visits before they officially enrol at school so they can become familiar with the teacher, class and other children as well as some of the routines.

Principals
Principals currently have a big headache.  While they will endeavour to collect the appropriate information about who is a pre-schooler who is likely to attend their school well in advance, there is often a surprise enrolee who may pop up out of the blue to start on their fifth birthday without warning.  This can play havoc with class numbers, teacher:child ratios and space considerations for classrooms.

Early Childhood Educators
Children legally currently do not have to enrol in a primary school until their sixth birthday.  But if we start having children enrolling in primary school before their fifth birthday, this will have implications for early childhood providers.

On one hand there will be less children, and this could affect their funding.  Then again, it frees up a place for a younger child to come into the early childhood facility.

My opinion
I think that a change in this custom of when children start school is a good idea.  However this legislation will make it messy.  Under this legislation no one will know what the preferred enrolment of any of their local schools are unless they do a bit of research.  How many parents are going to do that?  How many irate parents and distressed five year old will school office staff and principals be confronted by?

I think, for the sake of children, parents, teachers, principals and all other interested parties that there has to be uniformity in this custom of when children start school up and down New Zealand.

I believe the best way forward is intakes of cohorts.  Each cohort should start school at the beginning of each new term.  Every child should already be five, or turning five within two weeks of the first day of the term - no four year olds who turn school after two weeks of the new term - but if you want your child to be closer to six years old before they start, that is still your choice as a parent.  This gives every child a group of students they will move through school with.  It will allow principals to appropriately plan staffing and use of classrooms within their school to accommodate the group of children starting each term.  It will allow the new entrant teacher to start the term with all their students and plan accordingly for them.

This has great possibilities for improving the transition for school for many children and giving them the best start to their school journey.  But the Minister has failed the standard by making the proposal too complicated in allowing different schools to have different intake policies after consulting with their communities.  The Minister will be failing children and parents as well as teachers and principals if this continues in this form.
melulater at 21:54
Share